Braindump on approach to writing a technical book.

I've been blogging for more than a decade now, and I've always had a loose goal of blending my writing into a book at some point, although timing around that goal has been pretty abstract. Recently I've chatted with a few folks about whether now might be a good time to do this, and that lead to me trying to figure out how to approach the process overall.

I've been writing on this blog for over a decade, but I haven't experimented or changed things up for four or five years. This year I'm trying some new approaches to writing and distribution, and I wanted to share a bit about those goals. 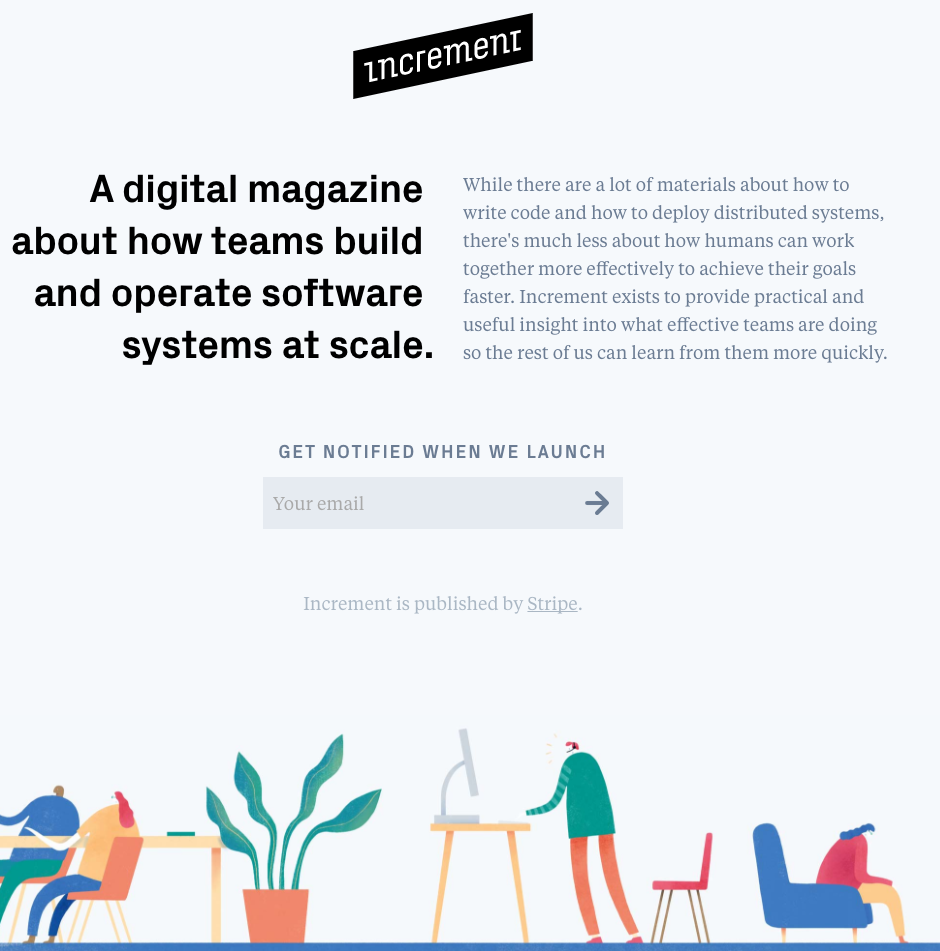 Over the past three months, I've had the fairly rare opportunity to watch Susan, Mercedes and Philipp transform Increment from a rought concept into something concrete.

Looking at the Life articles, I realize that the last entry I wrote for it was also about blogging. Woops. Not trying to fixate, just getting the years blogging thoughts out of the way on a cold Saturday. As a bonus I actually edited an article for once.

Maybe you didn't know, but bloggings is about to die. Again. Call the surgeon and rush us to the emergency room. Bring the priest and the rabbi. Then again, nothing has changed for the past four years, so maybe we're just making things up. Like usual.

You Only Learn the First Time

It's easy to get caught in the cycle of programming language acquisition or library re-implentation circuit. I'm here to propose a better way for spending our programming time to create more useful projects, and to become more versatile programmers.

Advice to Programmers in College

This is my advice to programmers in college. It touches on graduate school, personal projects, maintaining a blog and portfolio, as well as positioning yourself for the type of career you're interested in.

Being a Local Maximum

Are you the best programmer in your project group? Are you a solitary contract developer? When the curtail starts falling, do you know you'll be the one who'll carry the project or be the last one crushed by its weight? Well, then I guess you're a Local Maximum. Congratulations, and my condolences.

An important part, although not particularly pleasant one, of being a contract programmer is that you're going to fail sometimes. In a business you might be reallocated to a new project, or not get the raise you'd been expecting. But as a contract programmer, you're probably not going to get paid. But, hey, life goes on.

We write for audiences, we write for vanity, we write for some Adsense profit. Are we abandoning something precious when we begin writing for others, rather than ourselves? Or does writing depend upon an audience?