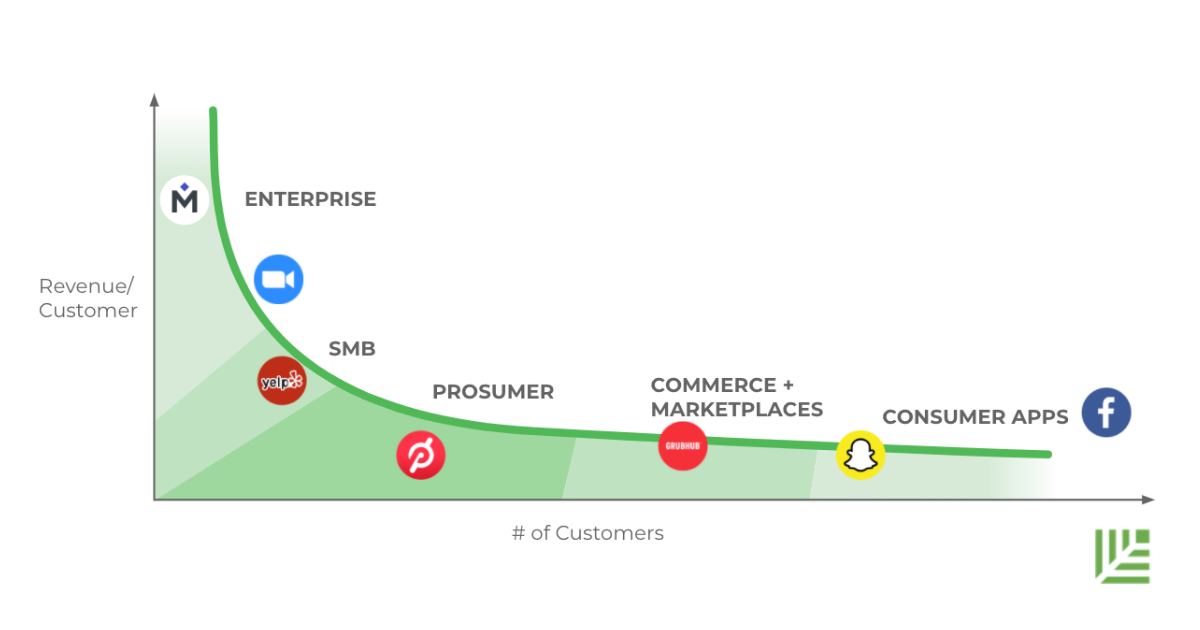 from Sequoia's The Market Curve

A good place to start this journey is with the market curve, with this one specifically from Sequoia, which segments companies by the customer cohort they serve. The Stripe of 2022 spans from SMB through enterprise, but early Stripe was highly focused on the startup segment of SMB.

Startups are a particularly interesting segment of SMB because they have:

Stripe’s initial product and their approach to product-led growth was exceptionally tailored to startups as well:

The final essential piece of the Stripe’s strategy is being developer-centric:

The combination of these three factors, in addition to Stripe’s selection of a central problem (payments), and willingness to take business risk (e.g. risk of fraud) in their pursuit of developer-centric, product-led growth (e.g. self-service to production, not just to development), was a major contributor to Stripe’s early success. That said, it was the execution of this strategy, rather than solely the idea of this strategy, that set Stripe apart from other companies executing a similar strategy at the time.

Stripe was surprisingly far along before they had a meaningful marketing or sales team (“meaningful” in quantity, the extraordinarily small early teams were very capable), but inevitably they did build out those functions. The reason they built them out was simply: they wanted to expand into the enterprise channel, and the product-driven approach doesn’t work particularly well there.

Product-driven growth is a weak fit in enterprise because:

Thus Stripe built out the traditional mechanisms of enterprise sales and marketing. What’s surprising, and one of the most compelling elements of Stripe’s approach, is their continued emphasis on startups despite the enterprise sales buildout:

Our first customers were friends who were starting companies, and we still spend a lot of time with startups. We try to better understand what they’re up to, what they need, and what could help more get started. We want to support startups from the first lines of code through IPO and beyond+

That Stripe has managed to pursue both enterprise and startups simultaneously is one of their major accomplishments. They did it primarily by:

Throwing a few more disjoint ideas into the mix:

I’m sure there’s much, much more that should be mentioned here, but since my goal is a relatively concise writeup to answer an email, rather than writing the canonical reference for all-time, I’ll leave it at this, but if there are particularly important pillars that I missed out, drop me a note!