Within a healthy team, backend engineers are communicating frequently with product managers and occasionally with frontend engineers as well, but the backend engineers usually speak with an air of authority. When an expert speaks, you listen. On the other hand, pretty much anyone is ready to stand up and teach the janitor how to mop the floor. 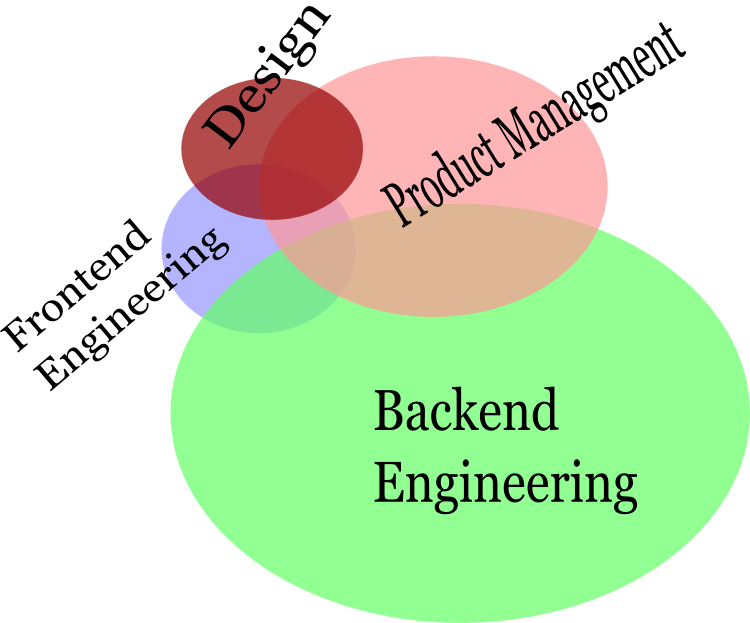 With limited influence, unlimited hands in the pie, a low barrier to critique, and the perception of triviality, frontend engineers are the janitors of software development. Rather than cleaning up trash, the boulder they toil beneath is skew: the distance between team member's conceptions of a project.

Cleaning Toxic Waste With a Broom

Skew shares the same relationship with software development that radioactive waste shares with generating nuclear energy: it's an unwanted byproduct that's difficult to despose of. From the first moment a project is conceived, there will be disparate views of the project's goals and purpose. Early on these differences tend to be lofty and high-minded, but over time these inconsistencies blossom into uncomfortably tangible roadblocks.

The growth of skew means that--when you reach the time for integrating components--you'll find that everyone built female adaptors and was pretty sure someone else was building the male, but no one quite confirmed who it was.

Skew is pain. Skew is your pain.

You might argue that frontend engineering shouldn't be the group combatting product skew. Isn't that product management's job? Or engineering management's job? This isn't my job, right? Unfortunately, reality doesn't read job descriptions, and whether or not you're supposed to be responsible, reality is going to prepose skew right between you and success.

There are a number of perceptions which contribute to skew's impact on frontend engineers:

These perceptions play out in devious and predictable ways.

For some reason your backend stores blobs of JSON serialized arrays, but wouldn't it be cool to edit entries individually? Someone latches onto the idea, and out of nowhere it crystalizes into a product requirement. The backend engineers are behind schedule, and they're saying it will take a week to rewrite the system with the new interaction paradigm. That's okay, the frontend can just manage the interaction with some JavaScript.

For the frontend engineer it isn't even worth arguing over, because they're going to have to completely rework their interaction either way. Actually, by sticking with the current system they can work with a static api instead of with a changing one that breaks in exciting new ways, so the FE engineer goes ahead and makes the change.

Now the backend engineers view the product as operating in blobs, the frontend engineers understand it as a mishmash of blobs and entries, and everyone else thinks it operates on entries.

Congratulations, you were just skewered.

You're pretty much done with your product, but there is still some discussion over the copywriting and a few other details. You notice someone is being a bit quiet and fixating on something. Or they might be playing tetris on their phone. You hope it's the tetris, but they're starting to try to interject something. A few minutes later they succeed: We should really display those messages in popups.

"No", you argue, "that's actually a rather substantial change to the architecture."
"What?" they chuckle "everyone is using popups now. Users like popups. It must be easy."

What you actually want to say looks like this:

But what you actually say is closer to:

"Displaying error messages in popups means I need to know the impact of actions before I leave the current page. This is easy to do if it's designed this way from the beginning, but isn't something that can be bolt on as an afterthought."
"Everyone has popups. It can't be that hard. I think my nephew added popups to his site. He's five."
"Err, well, because of the involved application logic, this adds a lot more complexity than just a prompt."
"Well, I'm pretty sure everyone really wants these popups."

Skewered once again. This time it's because the frontend engineer sees managing errors on submission with popups as an involved modification, but to others they seem interchangeable. Not only are the two groups' perspectives skewed, the frontend perspective isn't on other groups' map.

Why You'll Pick Up That Mop Anyway

Whether you're convinced managing skew is your job or someone else's job, you're going to end up fighting it anyway. Any philosophical concerns are trumped by the most practical teacher: pain.

There are some ways for reducing skew, some more effective than others. While recognizing the irony of this statement, by far the least effective way of preventing skew is to tell other people about it. Although the vocabulary for discussing skew varies between individuals and groups, everyone is already aware of it, it's just that they don't feel skew's pain as acutely as the frontend engineer does. Education is a noble ideal, but you can't wait for people to get it when your sanity is hanging on a string.

Here are some of the strategies for combatting skew. You'll notice that these are predominately organizational changes, rather than intermediate bandaids for the current process; you don't perform triage in a morgue.

A better writer would have saved an epiphany for the end. I didn't. Project skew isn't going to end anytime soon. It was skewing up projects before Fred Brooks and it's been screwing them up ever since. It's an uphill struggle, but sometimes you can win a battle against skew even thought you know you're going to lose the war in the long run.

Today, I'm okay with that.