A coworker, Mark Z., has been on a TLA+ kick, and has gotten me cautiously optimistic about the idea as well.

After reading through most of the TLA+ Book (it's freely available for download), the next step was to actually start writing and model checking some TLA of my own, which meant I needed to setup the [TLA+ Tools].

The setup turned out to be rather straightforward, but figured I would briefly jot them down anyway.

At this point the installation is finished, and you can run the TLC model checker on the examples:

You can also use the TLATeX tool for generating LaTeX output:

Which generates the LaTeX for this file: 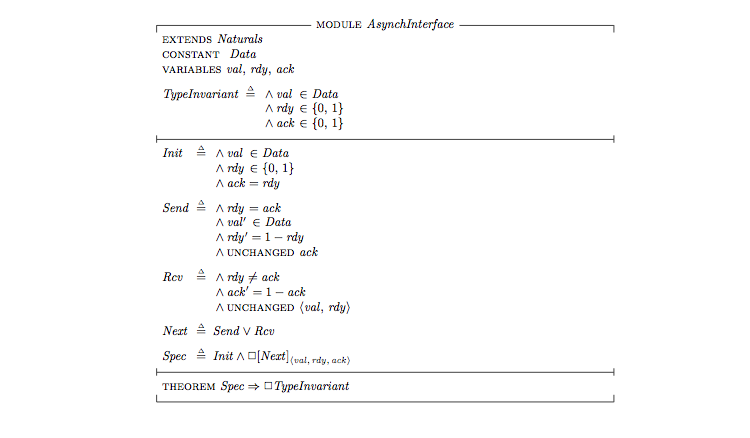 The other tools seem to work correct as well. Hopefully they'll work for you as well.

(I happen to be using TeXShop for compiling LaTeX, which seems to work adequately, but I lack the LaTeX perspective to recommend it over any other existing solutions.)