Although I like new and exciting things as much as the next person, I find myself prone to predictability in some regards, especially meals I prepare for my own consumption. I don't really seem to get tired of these meals, even though they are quite simple and easy to put together. Since coming to Japan, these two meals have become quick friends of mine. Highly recommended. 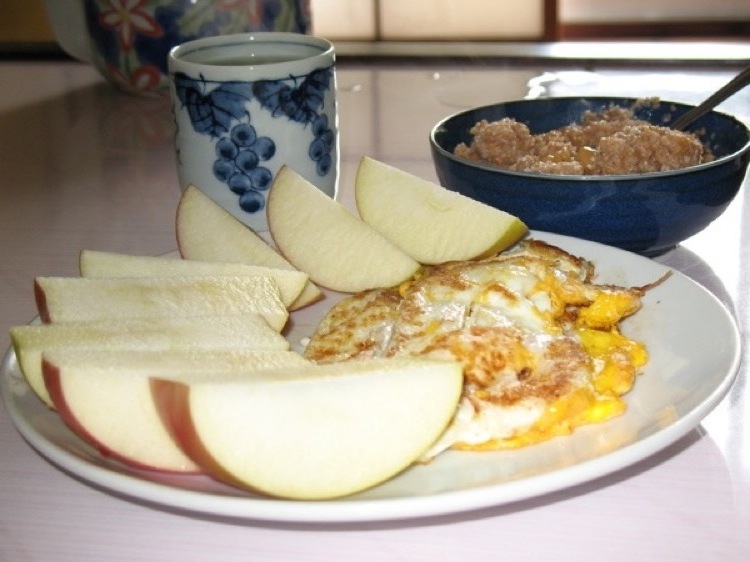 This is a good breakfast to start your day with. Even if everything falls apart and goes to hell... at least you enjoyed breakfast. Two scrambled eggs (lightly peppered), a sliced apple, hot oatmeal with several dabs of peanut butter melted inside its folds, and hot green tea. 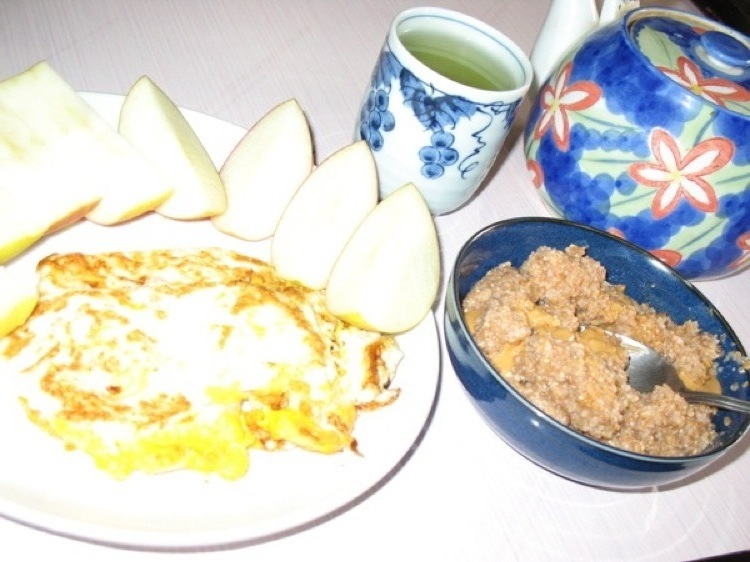 The oatmeal is a low glycemic index carbohydrate which will keep you full until school lunch rolls around. The peanut butter adds some unexpected flavor to the oatmeal, and is a filling and healthy food on its own merits. Eggs are the highest quality protein that nature makes readily available, and the apple adds some sweetness and fiber. The pot of green tea contributes antioxidants, and a bit of caffeine to keep your eyes open.

And For Dinner, A Blank Canvas

Or, to be more precise, the stirfry. I won't belabor this point too heavily. The most important aspect of the stirfry is that it involves a lot of standing, watching, and stirring... 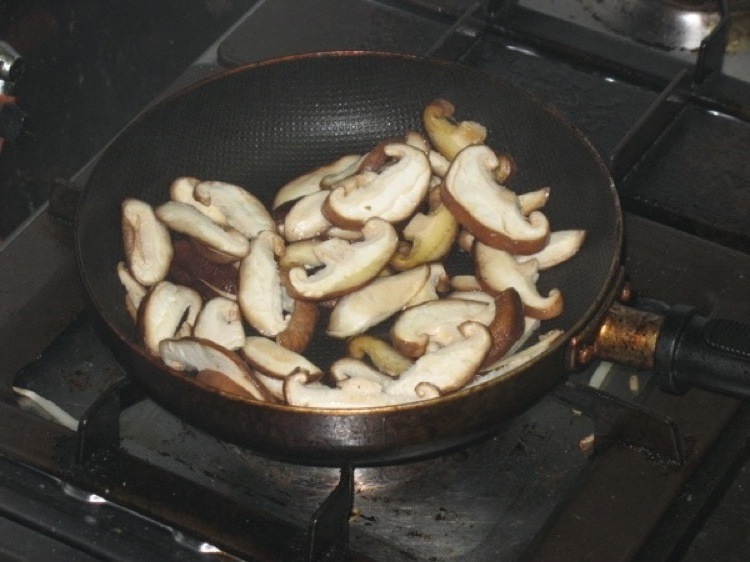 But eventually you stop standing over your skillet and you have created a fine feast. 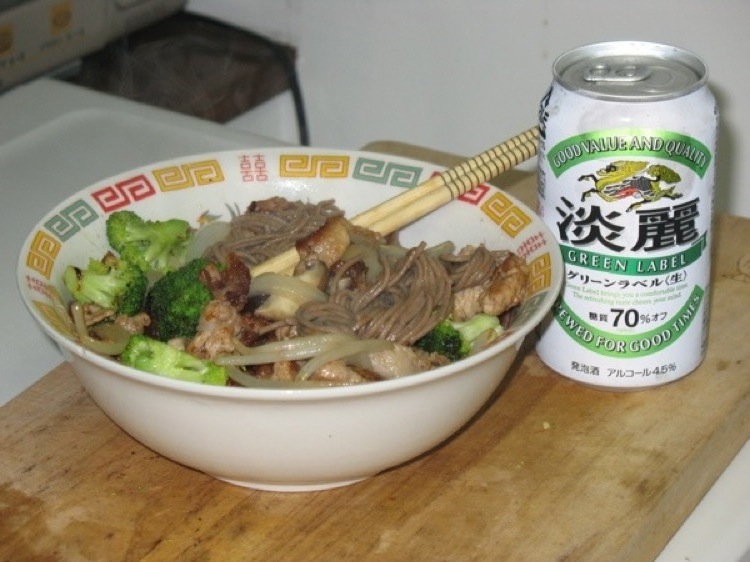 I prefer to pair my stirfry with a fine Green Label Kirin. 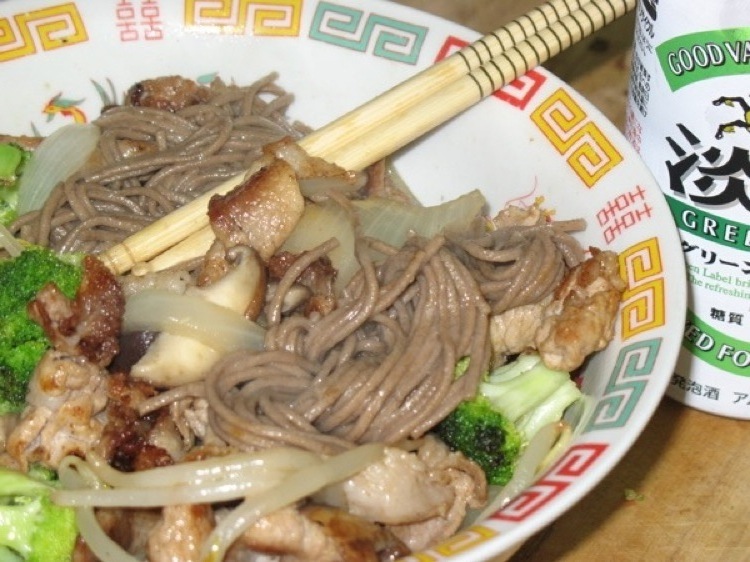 This stirfry has soba, broccoli, onions, bean sprouts, mushroom, and beef thrown into the fray. A good healthy dinner. I usually make enough for two or three dinners, and refrain from seasoning it until I am ready to eat it. That way I can alternate flavors to avoid eating the exact same meal three times in a row.

Meals in America, Meals in Japan?

In the end, the biggest difference between my meals in America and my meals in Japan is probably that I have a beer with dinner here in Japan. Oh, and the soba would be whole wheat noodles or brown rice in America. Really though, one of the wonders of learning basic cooking skills is that you can eat what, when, and how you want to, regardless of where you are living. If you don't have much experience cooking, its worth it just giving it a try. Its a lot easier than it looks from the outside.