Earlier today I was scanning in some tax documents and in the process my poor little Macbook froze out while scanning via a USB connection to my HP All-In-One. I've never particularly loved my all-in-one (primary complaints: no wireless connection, mediocre software1).

I had to hard reset my machine by holding down the power key and then rebooting. Then.. it hung after login. After a minute or two the system time went blank and nothing changed even after 4 or 5 minutes. So I had to hard reset again. Same deal. Then I hard reset again, and then rebooted the machine instead of logging it, then I shut down instead of logging in and powered it back up. I waited for a couple of minutes (I blame Entourage.. but this is probably not an accurate assessment) for initial apps to bootup I was able to use the machine. Except. Except. Except, one minor issue. 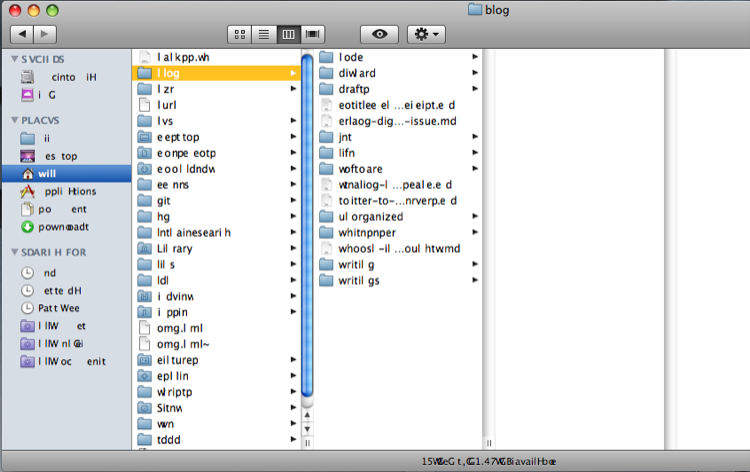 So. Did I get some kind of corruption? Is this the first virus that I have unwittingly downloaded in years? It is a very bewildering issue. On the desktop itself (not viewed through Finder) the filenames are all correct. The body of emails is correct in Mail.app, but the filenames uploaded and attached to an email are displayed incorrectly (I hesitate to say corrupted, but it is only the display that is corrupted, not the file itself).

Oh, and I'm certainly backing up my data as I type. ;)