It’s hard to believe (for me, I fully realize no one else cares), but it’s been almost exactly three years since I last redesigned this poor site. It’s gone from Blueprint CSS, to custom CSS with a reset stylesheet, and now on to Bootstrap. I have mixed feelings about moving to Bootstrap, simply because it’s become so remarkably widespread, but it certainly does make it quite easy to create a minimum layout.

The third iteration was the culmination of five years of blogging, a bit over three hundred articles, and some ideas about content optimization influenced by working on Digg’s story detail page. 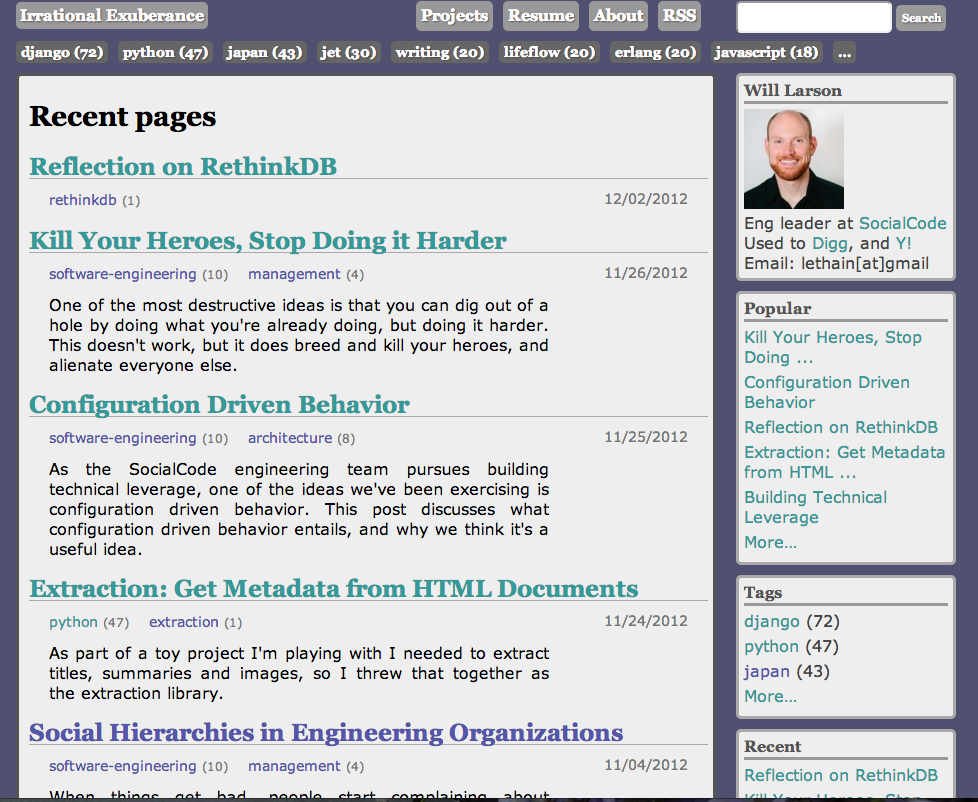 Honestly, I was really quite happy with how the third version turned out, and it received high praise indeed when @mtrier declared visiting the blog no longer blinded his eyes. There were just a bunch of small rendering issues that started to nag on me, and I wanted to try cleaning it up a bit.

The two central questions for me were:

Here is the–clearly not far deviated from either the previous implementation or Bootstrap itself–update. 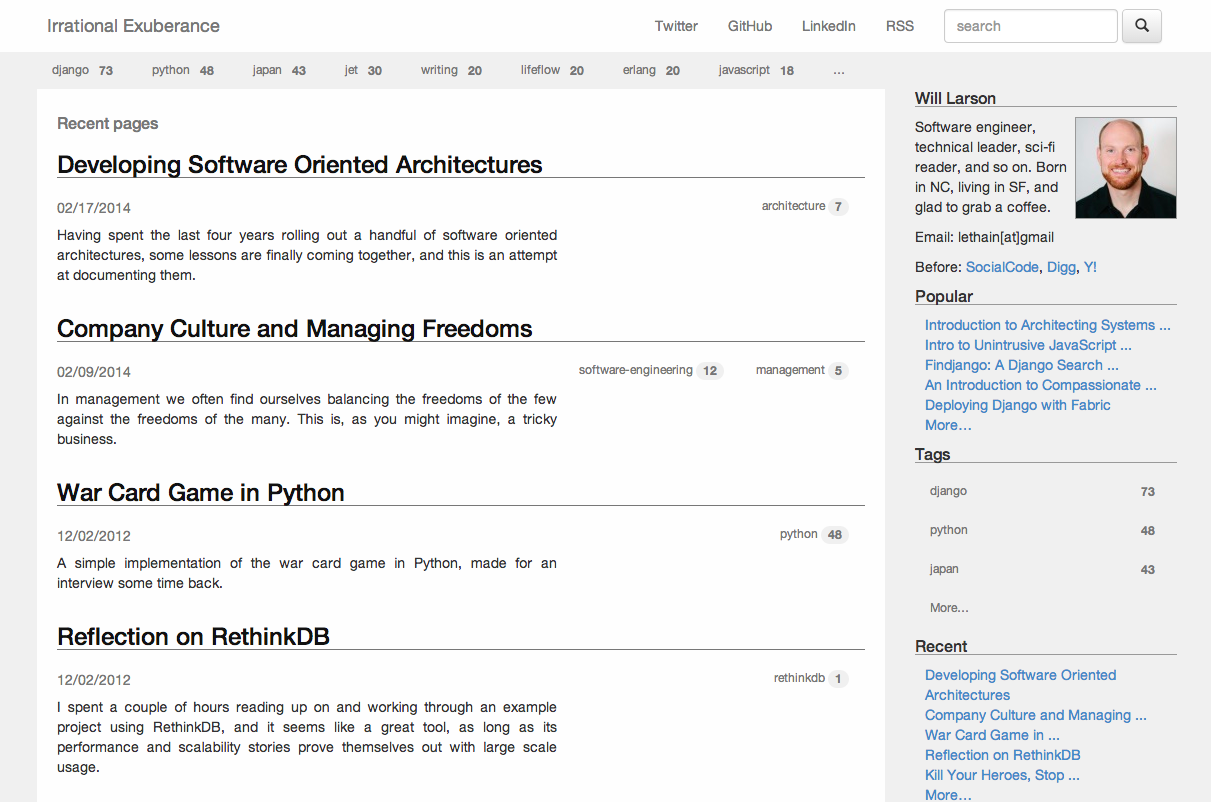 The improvements to my eyes are:

I have also redirected willarson.com to lethain.com for self-evident reasons. 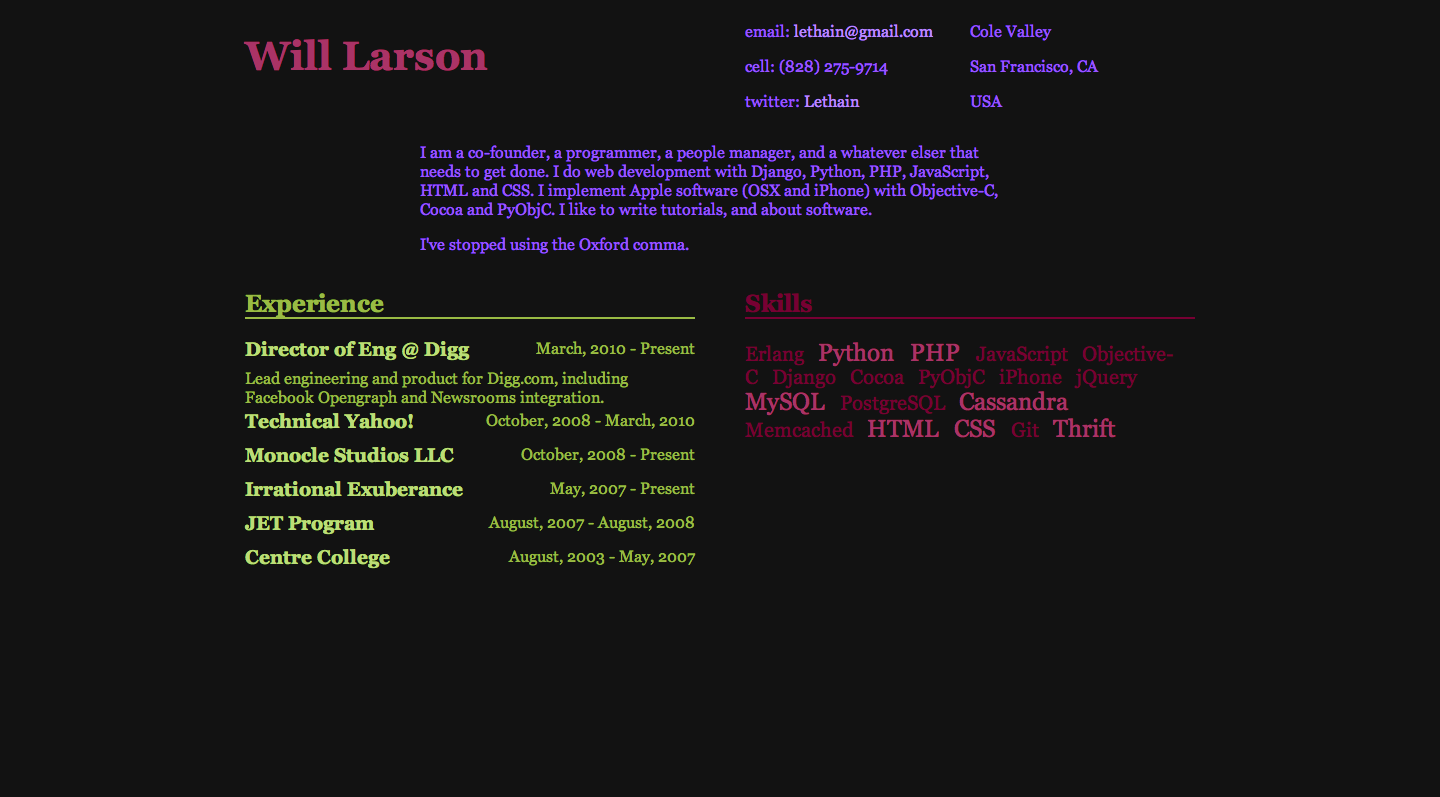 What can I say about those colors? I was young and optimistic. I also hadn’t updated that page’s contents in about three years, which didn’t do a lot to suggest I was likely to maintain it going forward either.

These changes, taken together with cleaning up my internet presences (switching to new headshots I had taken a few months ago, updating profiles, merging some lingering pull requests, etc) and I’m starting to feel like a brand new me.