Two quick notes. First, Findjango has finally been redesigned! The design is by Kevin Fricovsky (physical manifestation of Monty Lounge Industries and member of This Week in Django), and I think it is pretty awesome. Certainly a huge improvement over the previous version which caused searchers great emotional pain. 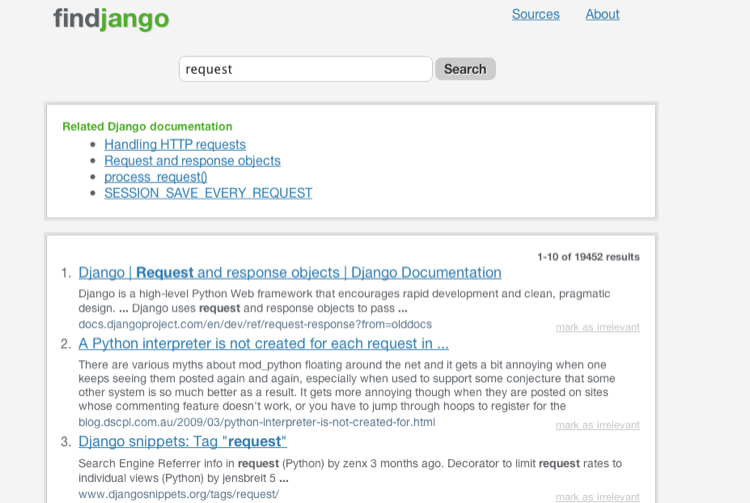 (You'll probably need to force refresh the CSS files. I'll setup django-compress to version CSS later this week, but been busy of late.)

Second note is that I am giving a presentation on django-springsteen tonight at django-nyc. I'm the third of three talks; the other two are on django-sphinx and django-solr, so we have a very search heavy night coming up. There is going to be a live cast of some sort, stay tuned on @howiworkdaily to get details. The talks theoretically start at 7:00 PM EST (3/25/2009), but 7:10 or 7:15 is a bit more likely. (The screamcast is probably at http://www.ustream.tv/channel/django-nyc, but I'm not positive.)