A cherished advantage of studying computer science at a small liberal arts college was the opportunity to drop in on professors and hear theirs stories. A favorite--and recurring--story was classmates who turned in projects that simply didn't compile. If missing edge cases are the calling card of a lazy engineer, then whose calling card is code that doesn't compile?

A few years ago I was content to see it as the calling card of failed engineers, but--having tasted failure a few more times myself--I've gradually formed a less self-glorifying diagnosis: these are people who haven't learned the importance of feedback loops.

Whether you believe MIT's switch from Scheme to Python is a concession or a catastrophe, I don't think it is a mistake that both have a REPL at their core; receiving timely feedback is the difference between confusion and clarity. Not only are missing feedback loops ruining homework assignments across college campuses, they're wrecking havoc with software engineering all over the place.

If you end up doing a lot of work in multiple languages, particularly languages with similar semantics like JavaScript and Python, it can be hard to remember which language uses x.append and which uses x.push to add items to the end of a list. You could search Yahoo to find the answer, but it's quicker and more reliable to ask the REPL instead.

Beyond checking syntax or inspecting object instances2, you can develop games or web applications from the REPL as well. If all programming has a strong feedback loop, then the REPL is the crown jewel.

The quality of feedback loops decreases inversely with the amount of effort or time required to receive feedback. Frontend programmers often have their feedback loops dampened by battles with browser dependent rendering bugs (make fix, redeploy, follow steps to recreate situation in question, verify rendering, open another browser...), but the backend engineer's loop is equally susceptible to miring by an onerous compilation or deployment cycle. 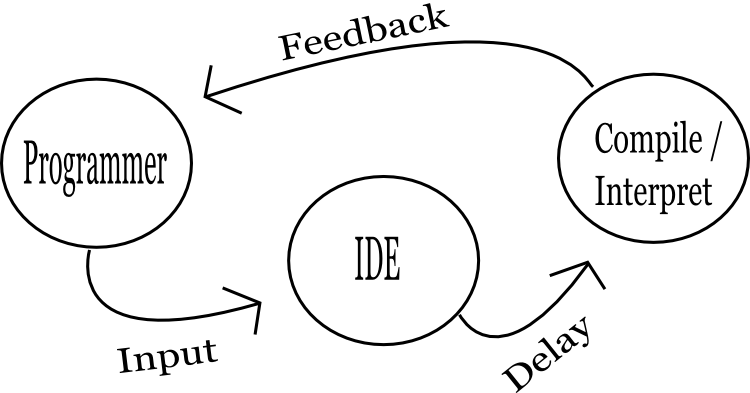 For sufficiently large projects--meaning any project with a noticeably delayed compilation or deployment stage --scriptable testing is an (and perhaps, the) effective amplifier for fading feedback loops. Brushing aside ideological reasoning, scriptable testing fulfills an important psychological role in keeping programmers sane and fulfilled by providing continuous feedback. With great feedback comes not only great satisfaction but also quality.

Take away the programmer's feedback loop and we have...

Examining skew in frontend engineering, one of the leading causes of skew was developers implementing something they did not design. For a frontend developer that might be implementing the work of a designer, but backend developers have another historic foe: the architect.

Much like uncompiliable homework being both its own cause and its own consequence, the Architects Don't Code anti-pattern is both the result of a damaged feedback loop, but also the source of the damage. 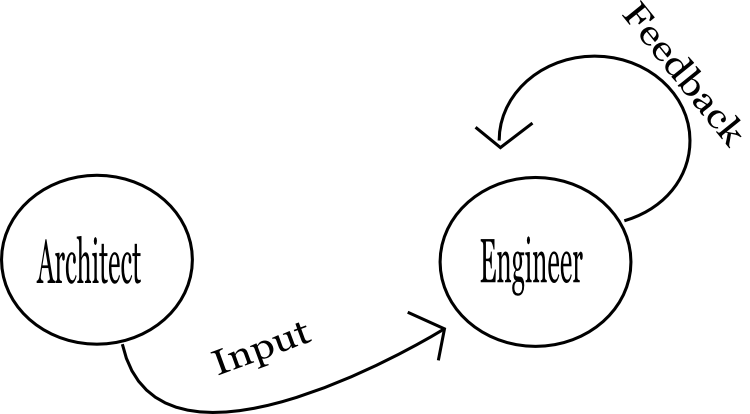 Even working with immaculate professionals, I have yet to see a project where the first attempted design survives intact throughout the duration of the project3, but that is exactly the role some architects play: create a system design in a vacuum, and then hand it off to engineers who are tasked with the implementation.

This creates frustration for the engineer as they have an immediate feedback loop with the system, and thus are forced to deal with its inadequacies directly. For the architect, on the other hand, the feedback loop is so diluted that--if the implementing engineers don't echo their feedback loop strongly enough--the architect might not receive any feedback and view a catastrophe as a yet another feather in their cap.

The stock answer in these situations is to suggest the architect be more involved in coding to keep their feet wet or to maintain respect of their peers. Sure, those are good reasons, but at the core the architect must be involved with implementation in order to have a direct feedback loop with their design.

Expecting architects to adequately design systems without being involved in implementation is like expecting a father to raise a well-adjusted child over the course of a one night stand: it can't possibly work.

Shifting our focus from tautology to paradox, just as disconnected feedback loops contain no signal, excessive feedback loops can obscure signal to the point of non-existence. Consider the role of the product manager, and the overgrown tangle of feedback loops which entrap them. 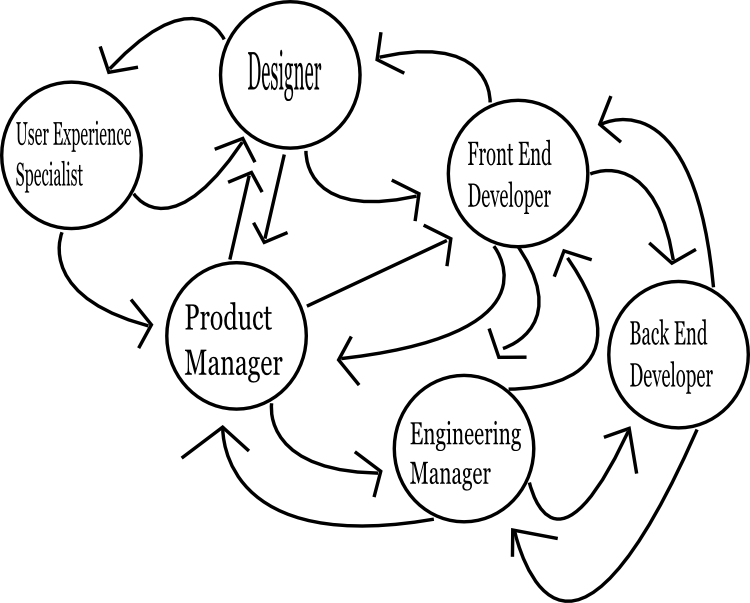 Following from that observation, the best way to improve communication is to reduce the number of individuals who need to communicate. Cross-training individuals is important to the extent that it allows multiple roles to be collapsed into one, but it can also increas lines of communication if the frontend engineer feels qualified on matters of design and backend engineering, and as a result becomes embroiled in additional design and backend discussions.

The Good Loop is a Focused Loop

The most common technique that larger groups use to maintain control over feedback interference is to hold meetings. It is my opinion that meetings are a sign of impoverished feedback loops; an opinion whose strength becomes increasingly strong as these terms come into play: last-minute, project-wide, status and clarification.

Good feedback loops involve tight direct lines of communication between as few components as possible. Not all of us are fortunate enough to have a daily conversation with Slime, but by moving in that direction we can attain--if not salvation--sanity.