I once worked at a company that built most of their functionality on top of Facebook’s advertising APIs. GraphQL was not publically a thing at that point, but the API design was more or less equivalent to GraphQL. Properties would appear and disappear without warning, and reacting to changes required frequent fire drills.

One conclusion might be that they didn’t care much about the experience of integrating with their APIs, but I’m pretty sure another guess is closer to the truth: it’s extremely difficult to support integrations into complex and evolving systems, and Facebook Ads very much met those criteria.

This past year has in many ways been the debut party for GraphqQL. While many of its ideas represent a generational improvement from HATEOAS, they’re not particularly new.

So what is new?

An increasingly common paradigm is allowing folks to write code that runs directly on the platform. This provides a powerful, dynamic interface, and surprisingly reduces complexity in many cases.

Platforms can abstract away the complexity of deployment, managing operating systems, etc, and let their users focus exclusively on the control logic. All particulars, no glue. This is especially prominent for scenarios where decision-making is relatively stateless, although stateful examples are becoming less rare.

Some good examples of code as interface are:

Writing code is such a powerful platform interface because it is a fairly unique combination of extreme expressivity while retaining extreme control at the platform tier. However, it’s worth pointing out that these offerings are largely Infrastructure-as-a-Service, which can assume a significant degree of technical expertise on behalf of their users. Will we see “code as integration” mechanism expand further beyond IaaS?

Containers such as Docker are an interesting choice of interface. They allow extraordinary customization and configuration, while often choosing to restrict or eliminate the statefulness offered by running a complete virtual machine. However, container security remains a pressing concern in a multi-tenant environment, and containers often provide an inferior interface between platform and user, forcing users to address operating system upgrades and platforms to appease multi-gigabyte images.

That said, I found one particularly interesting example of using containers as an integration point that I think is digging into, which is Azure IoT Edge.

Azure IoT Edge allows you to create and specify Docker containers, that process data on your physical internet-of-things devices, offloading some processing from the cloud to your cloud of physical devices. Containers represent an even higher abstraction than code, as you can control an entire virtual machine underneath. Containers represent some potential security risk in a shared computation environment, but that doesn’t apply in the case of running on your IoT devices, so this usecase is a clever increase in flexibility without many downsides.

I also generally think this is an interesting product because it introduces the idea that “edge” is a broad concept, with both physical devices and CDNs representing different facets of edge computation.

All of that said, I do believe containers represent an effective internal interface within companies as they provide an interesting composable interface in terms of the complexity and flexibility tradeoff, but perhaps not working well externally.

Using domain specific languages to specify integration behavior is a bit of cross between configuration-driven integrations and code-driven integrations. Some of these examples use DSLs as an artifact of their initial implementation (similar to AWS Redshift using the Postgres protocol because the early versions were implement using Postgres), and others use them to improve correctness.

Several examples were of powerful IDEs and development environments. Some of these are very focused specific tools, others are development platforms, and others fall somewhere inbetween.

In practice, very few developer-centric tools provide only a single vehicle for integration, but instead provide a range of integration capabilities from simple to rather complex. 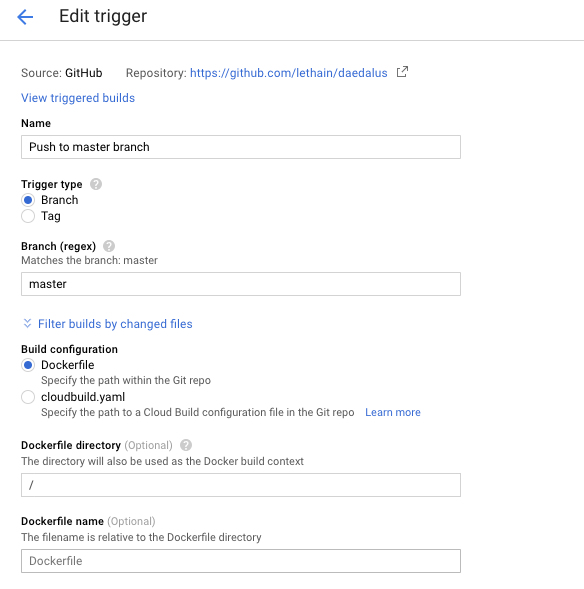 I won’t belabor this too much, but products like Airtable and If This Then That still hold a very special place in my heart. They are these spiritual successors to HyperCard, providing fairly simple tools that “non-programmers” can compose into deeply powerful programs.

This is kind of a grab bag categories of tools that folks called out as offering particularly good developer excperiences, which maybe didn’t fit perfectly into other groups.

Given the endless hype, I thought it was interesting to just briefly mention a few things that that no one brought up:

Altogether, this was quite an interesting way to spend some time! I was unfamiliar with many of these tools before today, and it was a good survey to help refresh my thinking about where developer tooling and great developer experiences are headed.

Very hopeful to hear folks suggestions for other impressive and inspiring developer experiences they’ve had recently!