For the last five months or so I have been driving on the left side of the road. Its really not that bad, you get used to it in a couple of days. Although, I was riding with a friend earlier this week and had to chime in with a friendly "Aren't you on the wrong side of the road?" Some people take a bit longer to adjust than others. 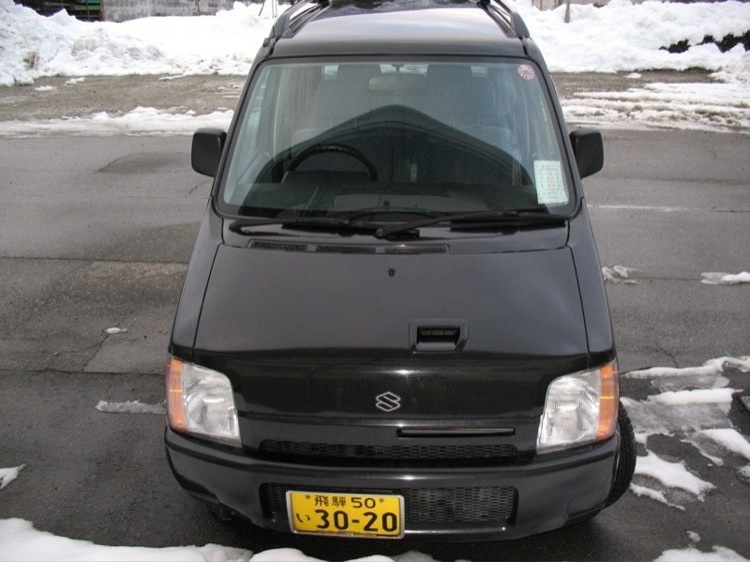 This is my vehicle. A ubiquitous Suzuki Wagon R. A very popular car, and one of the first cars to shift to the tall cabin style. I usually see one or two other people driving these cars on my way to work.

Its a three minute commute. 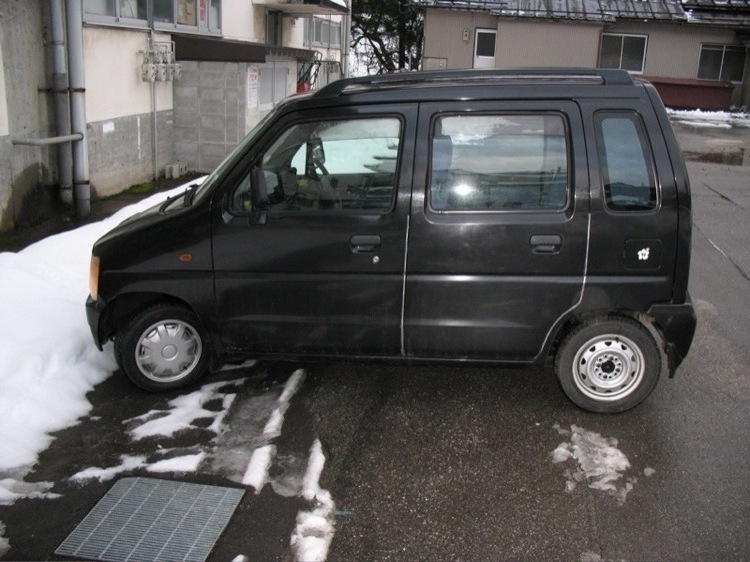 The car that my predecessor (the Assistant Language Teacher who worked at my schools before me) left was extraordinarily small, to the point that I literally couldn't drive it. As such, I am immensely grateful for the Wagon.

It doesn't look like much--and it isn't--but I frequently get complimented that its the nicest car of any of the other local foreigners. This, unfortunately, is a lie because the two closest ALTs have cars that are far nicer than mine. 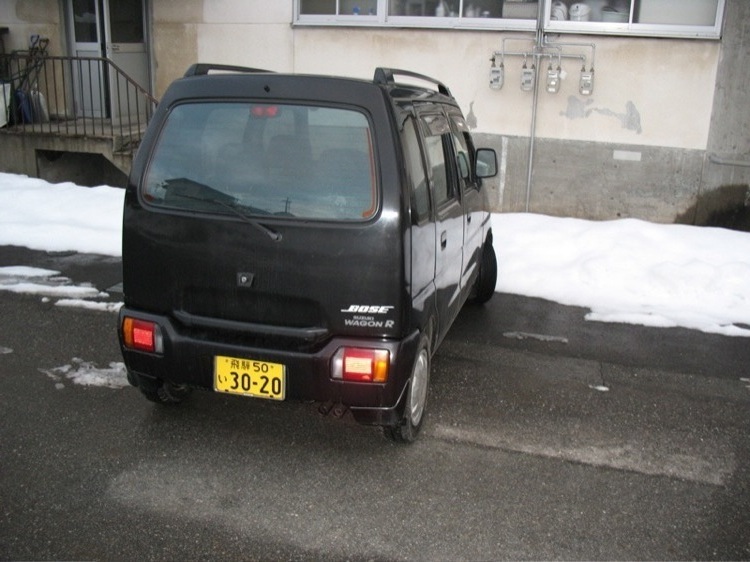 On the other hand, I didn't pay for my car. In Japan all cars over 4 years old (I may be a year or two off, but its close to four) have mandatory safety inspections. For white plates, which are cars with larger bodies, these annual inspections can cost over $2,000 USD. For smaller cars, called yellow plates by English speakers and kei cars by Japanese, the fees are cheaper: usually around $700 USD (mine cost $952 USD, quite possibly the largest non-computer expenditure of my life).

All in all its a pretty good car. Reliable. Hasn't killed me yet. Can break 80 kph going downhill. My only complaint would be its gas tank holds 25 liters: which Americanizes into 6.6 gallons. Damn.